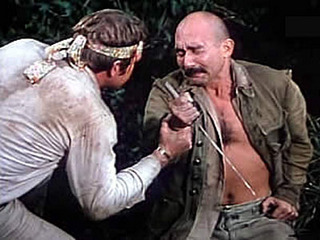 Synopsis: Steve is sent to a remote island to recover an experimental nuclear device and is captured by a lone survivor of a kamikaze plane from World War II.

John and co-host, artist Jerry Lange, are joined by OSI Files webmaster Todd Wiedemann as they discuss the phenomenon of Japanese soldiers trapped on islands thinking WWII is ongoing, the move of the show to Sunday nights, and the merchandise that's available for fans.